Living without mains water, gas or electricity may be a temporary inconvenience for many selfbuilders living on site during their build. For others, it can be a long-term situation. Here we look at some of the options for living off-grid.

Small-scale wind turbines and photovoltaic panels are a good combination to meet the year-round energy requirements of an off-grid property. They are also cheaper and more eco-friendly than a diesel generator which will be noisy as well. 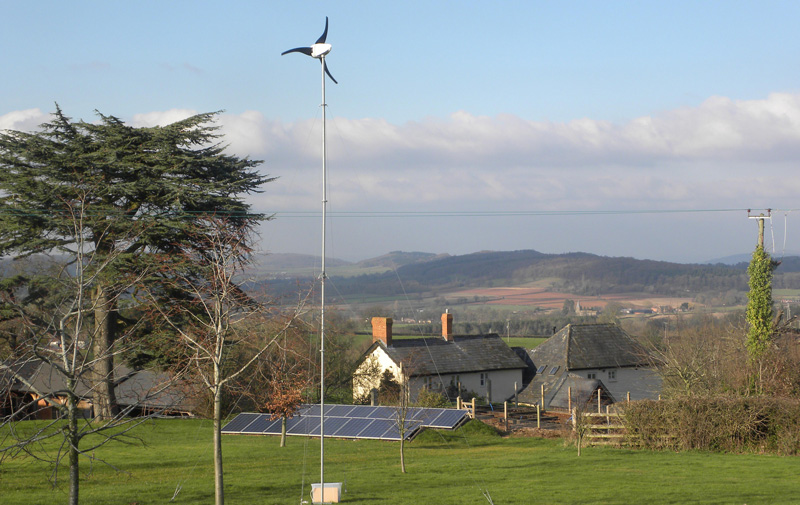 The two renewables complement each other perfectly – with windy winter days generating plenty of power from the turbines, while the solar panels come into their own on those sunny summer days, when the turbines are at a standstill.

The panels will need to be positioned in an unshaded, roughly south-facing position, while the turbine will have to be fixed securely in an exposed location where there is a strong, consistent wind.

There are detailed explanations of how turbines and panels work online but the basic difference with off-grid systems is that surplus electricity will need to be stored in batteries rather than sold back to the grid.

To calculate exactly how much storage is required, you will need to first work out your energy requirements by estimating the total energy consumption of all your electrical appliances.

The power rating in watts marked on the back of appliances, multiplied by the time (in hours) gives the energy (in watt-hours) required per day. The total will give a fairly accurate figure to work out the size of the system required. Remember, the bigger the system the more expensive it is so make sure you are using energy efficiently.

Invariably an inverter will be required to convert 12V DC to 240V AC for some appliances, such as kettles and fridges. Batteries are also essential. Deep cycle batteries are preferable for renewable energy systems, as they are designed to have up to 80% of their charge repeatedly removed and replaced over a period of five to 15 years (or 1000 - 2000 times).

Living cleanly away from mains sewerage

Mains sewerage is a convenient and trouble-free way of getting rid of solids and grey water. Dealing with waste is more of a problem when living off-mains, with the septic tank traditionally being the most common solution. Today, there are more options, with treatment plants becoming increasingly popular, particularly for properties located near water courses. 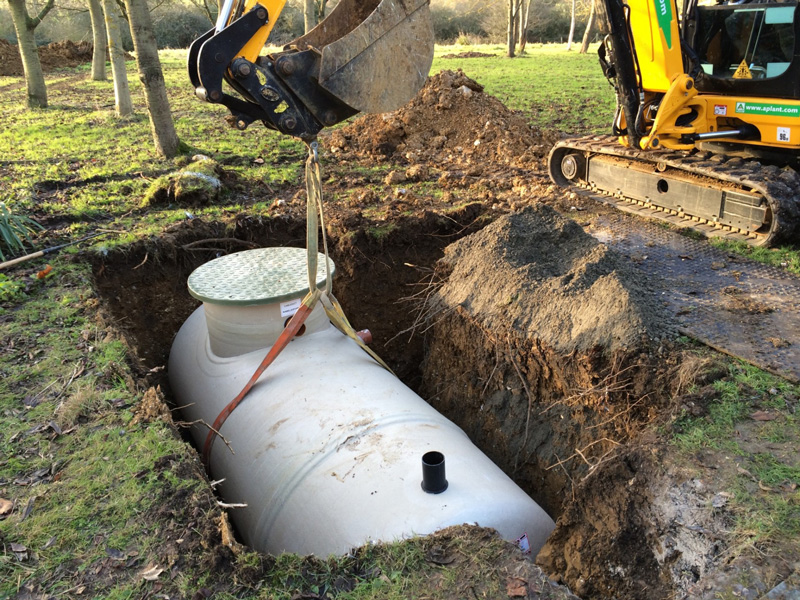 Treating sewage usually involves a combination of methods to separate solids, deal with disease carrying organisms, and remove nutrients. The first stage involves the separation of most of the solids from the liquid effluent, usually by some kind of settlement chamber. The most common example is the septic tank – a robust and economic option if used properly. Most of the solid material will either sink (as sludge) or float to the top (as crust), leaving the effluent between to flow out to a secondary treatment stage.

There will be some breakdown of solids by bacteria but eventually the tank will need to be emptied and desludged. A septic tank will operate efficiently if left to its own devices, though users should be sparing with the use of household bleaches and detergents. Cesspits are another option. Unlike septic tanks, they don’t have a secondary treatment system and need emptying regularly, which makes them expensive.

Leachfield is a common secondary treatment system where perforated pipes are laid in underground gravel trenches. The liquid effluent percolates through the gravel, where solids are removed and digested by micro-organisms, leaving the liquid clean enough to filter into groundwater. Vertical reed beds are another kind of secondary treatment. Effluent is percolated through layers of sand and gravel planted with reeds. The reeds help bacteria to break down the pollutants and make the beds attractive to wildlife. Horizontal flow reed beds are usually a third stage of treatment, used after other systems when a high level of treatment is needed.

Package treatment plants are essential for properties located close to water courses. These carry out primary and secondary treatment in compact units, and produce a cleaner effluent than a septic tank. However, these usually require some kind of power supply.

For hundreds of years, water provided the power for mills up and down the country. Now a new generation is utilising hydro power as an efficient and convenient form of renewable electricity for rural waterside properties.

The best locations for these schemes are usually on steep hills, with fast flowing water. Ironically, old mill sites are often not ideal because the water flow tends to be large and slow, rather than the fast flows required by modern turbines. The vertical drop (head) of water is just as important as the flow rate. The potential energy can be calculated by multiplying the flow (in litres per second) by the head (in metres) by 10 (acceleration due to gravity). Halve the result, to account for losses and inefficiencies, to get an idea of potential power generation (in watts). So, a larger head provides more power.

A micro hydro scheme can be one of the cheapest ways to provide electricity for those living off grid. On a good site batteries or an inverter to step from DC to AC voltage may not be required as a turbine will produce 240V and can just be turned on when needed. Each unit (kWh) of electricity generated from a small micro-hydro scheme (under 100kW) qualifies for FIT payments of 8.06p, whether you use it (and save about 16p/kWh on bills) or export it to the grid (for which you’ll get an additional 5.24p/kWh).

Most hydro schemes are described as ‘run-of-river’ which means they don’t have a reservoir (mill pond) and only take water from the stream when it is available. A minimum drop of 10m is required for a scheme to be viable. The choice of turbine depends on a combination of the available head and flow of water. High-head Pelton turbines are comparatively cheap, easy to install and work well in fluctuating flow, while Crossflow or Archimedes Screw turbines are better suited for low heads.

So how much will it cost? This very much depends on the site. The basic equipment for a 1kW off-grid battery charging system might cost £5,000-£6,000, plus installation costs. It may be possible to DIY a small scheme for under £10,000 and in some situations this could be cheaper than connection to the grid.

Permission for a hydro scheme and abstraction licence must be granted from the Environment Agency which is responsible for all water courses.

LPG a ‘no-brainer’ for selfbuilders

It can be an easy decision for selfbuilders to chose LPG to heat a new home that is off the grid. Apart from being cheaper than oil and renewables such as solar and ground source heat pumps, the tank can be discreetly hidden in the garden. LPG is also more eco-friendly than other fossil fuel.

Calor now produces BioLPG, a greener, more sustainable new fuel that is created from renewable materials, which can reduce the carbon footprint of home heating by 38% compared to oil. The liquid gas is made from a blend of waste, residues and sustainably-sourced vegetable oils, and because it’s chemically identical to conventional LPG, existing heating systems don’t need to be upgraded to switch.

Wood is good when it comes to heating

Having access to free or cheap wood can be a bonus for those living off grid, as it is a renewable fuel, which does minimum harm to the environment. And very little energy, apart from some good old fashioned sweat, is required in its transport and production.

Advanced wood heating systems for larger houses are as efficient as modern gas boilers – with an efficiency of over 80%. A ‘batch’ log boiler can be fired up once a day and the heat stored in a large water cylinder.

Automated pellet boilers make wood fuel almost as convenient as gas. They are more costly, but ease of use is a big plus. 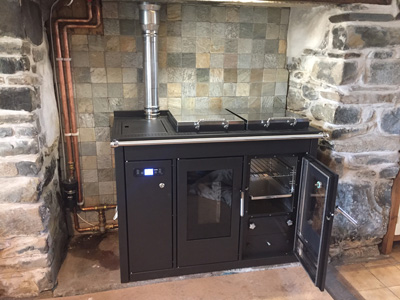 Whatever wood you use, a lot of storage space will be required. According to the Centre for Alternative Technology, which runs courses on biomass, a small cottage is likely to need eight cubic metres of logs each year, a three-bedroom house 12m3, and a large detached house 16m3.

Pellets are more efficient and take up less than half as much space. A 15kg bag should last a few days.

Larger systems can use chipped wood. This allows more automation than logs and is cheaper than pellets.

A log stove is likely to cost up to £1,000, with installation costs probably the same again. Log and pellet boilers or pellet stoves are more expensive, but qualify for RHI payments.

The best woods for burning