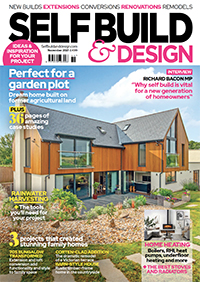 A little under three years ago, when the latest repair to my 12-year-old gas central heating boiler promised to cost almost as much as a new installation, I decided to take the hint.

My new boiler was a well-known German brand with an energy-related product (ErP) rating of ‘A’ and an ErP efficiency of 94 per cent - easily exceeding the 92 per cent minimum required by the current Building Regulations.

Instead of a fiddly thermostat in the often chilly hallway and a timer in the kitchen, I had an app on my smartphone. I could control the heating and hot water from anywhere in the house or, indeed, anywhere with wifi. There’s a slight problem now in that, not having used the app for some months, it’s apparently forgotten I exist. But the app informs me a replacement password will arrive any moment, hopefully before winter.

Arguably a bigger peeve, however, is that when my boiler approaches the end of its natural life it won’t just be outdated but a potential museum piece. Under the government’s proposed decarbonisation measures, no new home can be connected to the gas grid from 2025. Existing homes can continue to use gas, at least for the moment. But the future of the gas boiler - at least models using only natural gas - looks distinctly dim.

In its pledge to decarbonise domestic heating, the government has recommended a variety of sustainable alternatives, from wood-pellet boilers to electric or infrared radiators. But their preferred option is the heat pump.

While energy-efficient gas condensing boilers boast efficiencies of up to 94 per cent, heat pumps can exceed that massively. Their efficiency is measured by their coefficient of performance (CoP): in other words the amount of heat produced for every unit of electricity used to power them. It can range from 250 to 350 per cent. If that sounds incredible, consider that a heat pump hardly produces any heat at all.

What it does is extract heat from its surroundings - the air, the ground, a nearby body of water. Heat that would otherwise go to waste.

It’s easy to understand the delight of a politician learning this for the first time. Heat that’s free and green - climate change solved at a stroke! But - there are many ‘buts’ where heat pumps are concerned.

But No 1. A heat pump may be inherently more efficient than a gas boiler but it uses electricity which is roughly four times the price of gas.

But No 2. A heat pump achieves its highest efficiency when providing relatively low temperatures – typically 35°C to 45°C. Producing the 55°C required for domestic hot water reduces this efficiency, and so increases its costs. As do falling outside temperatures - though some heat will still be produced down to -10°C and lower.

But No 3. If your home has a low temperature heating system – ideally underfloor heating which can provide comfort at between 27°C and 33°C, rather than the 75°C needed for conventional radiator systems – a heat pump system can be ideal. 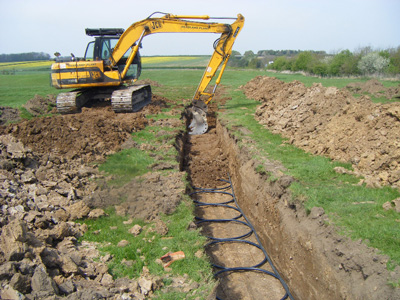 But No 4. It depends on which type you choose. Generally the most efficient is a ground source heat pump (GSHP). Its heat is drawn from the earth which, a metre or so down, remains a constant 10°C throughout the year.

But No 5. A GSHP requires a large plot in which to bury an array of pipework through which a fluid is pumped to extract the heat. If space is tight vertical boreholes up to 100 metres deep can be used instead, though they are considerably more expensive. With a new build trenches for the array can be dug with the digger used for foundations. With piled foundations you may be able to use the pile boreholes for the pipework.

But No 6. An air source heat pump (ASHP) is cheaper and simpler to install. A single self-contained unit, it can be fitted against an outside wall, or even on a flat-roofed extension.

But No 7. Because it relies on air temperature which can fluctuate dramatically, its overall efficiency tends to be lower than a ground source system, so you may need additional heating in cold snaps.

But No 9. Any heat pump system designed to provide heating and hot water for the average three-bed home will be considerably more expensive than a current gas-based system. An ASHP system starts from around £8,000; GSHP from around £20,000. Both will also need a large hot water cylinder to ensure a constant supply of heat.

But No 10. Financial incentives are available. In England, Scotland and Wales the government’s RHI pays quarterly tariffs for seven years, based on the amount of renewable energy produced. It’s due to be replaced by the Clean Homes Grant next March. Scotland also offers a Home Energy Scotland Loan and a Warmer Homes Scheme; Wales a Warmer Homes Scheme.

Previous Post: Is Now the Time to go Green?