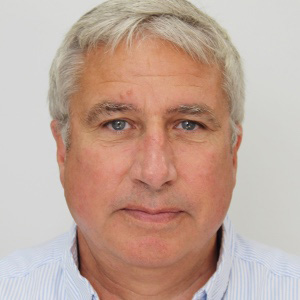 You may have heard of the term ‘greenwashing’. A play on the term ‘whitewashing’, it refers to the process of conveying a false impression or providing misleading information about how a company’s products are more environmentally sound.

Put simply, greenwashing is consumer deception. And with consumers in the UK reportedly spending £41bn on ‘eco-friendly’ products, greenwashing is a growing problem. This was highlighted recently by the Competition and Markets Authority (CMA) with a new probe into misleading environmental claims.

The CMA will be actively investigating how products and services claiming to be eco-friendly are being marketed, and whether consumers are being misled. This will be on a global scale – to action this investigation the CMA has teamed up with the Dutch Authority for Consumers and Markets as part of a project with the International Consumer Protection and Enforcement Network (ICPEN).

Greenwashing can appear in a multitude of ways.

Greenwashing can appear in a multitude of ways. To really understand it I have listed several forms that it can take:

1 - Environmental imagery: use of nature-based images such as trees, animals and even just the colour green on packaging to convey environmental credentials, when the product it is selling is anything but.

2 - Labelling: labels such as ‘organic’, ‘eco-friendly’ or ‘natural’ are easy claims to make, but are they backed up by supporting information that can substantiate these often-spurious claims?

3 - Trade-offs: sometimes the cost of a brand being able to make a claim such as ‘natural’ means that certain non-environmental trade-offs have been conceded, such as exploitative manufacturing processes or working conditions.

4 - Brand claims: certain brands will try and make claims that sound laudable but are either irrelevant or even bogus. For example, a brand might claim that their product does not contain a harmful chemical, when that chemical is already banned, rendering the claim irrelevant.

5 - Category positioning: for example, an oil company marketing their premium petrol brand as the ‘sustainable choice’. It might be better for the environment than their other economy brand of petrol, but it’s still petrol…

Perhaps the most notorious example in recent years is the VW ‘Clean Diesel’ scandal. The company set out to reverse consumer opinion that diesel fuel was more polluting than petrol and that it actually was responsible for emitting fewer pollutants.

This, as we now know, turned out to be untrue and VW was found guilty of rigging 11 million diesel cars with what have become known as ‘defeat devices’ – intended to cheat emissions tests. Some vehicles were emitting pollutants at multiple times the legal limit. As well as suffering enormous reputational damage VW was also made to pay the US government $14.7bn as a settlement.

There are other well-documented examples in aviation, fast food and fashion. No industry, it seems, is immune from this growing trend. So, it’s clear that greenwashing is a real problem. That’s why I’m so encouraged by the CMA’s announcement. But one element immediately struck me, given my role as Accsys head of sales for UK and Ireland – the investigation has a special focus on certain industries and, unfortunately, construction isn’t one of them.

The CMA is specifically looking at textiles and fashion, travel and transport, and fast-moving consumer goods. It’s perhaps interesting to note that these industries, as well as being high profile, are also very much consumer facing.

It’s clear that the CMA is looking above all to protect consumers from being duped. This, however, shouldn’t detract from our collective responsibility within the construction industry to shine a light on not only the good, but also the bad and ugly when it comes to brands making sustainability and eco-friendly claims.

Given the impact of Covid-19 on the construction industry over the last 11 months, it might be argued that we should now be concentrating our efforts on recovery. But few will have avoided the UK government’s mantra around ‘building back better’.

This campaign extends to many areas of the UK economy including our health service and social care, but it isn’t hard to see the relevancy of the campaign when it comes to the construction industry. With social housing and green energy and infrastructure as cornerstones to the buildbackbetter movement, the construction industry is front and centre in delivering the government’s agenda.

39% of global energy use is accounted for by building and construction.

But whether you think the government is proposing nothing more than glib rhetoric and nice soundbites, it’s worth reflecting on why the construction industry needs to up its game? Some key statistics:

It’s clear, therefore, that our industry has lot to achieve in the next decade. But what is certain is that we will all face increasing pressure from governments and customers to deliver products and services in increasingly sustainable ways. This must be done in an honest and transparent way or we run the risk of tarnishing a whole industry in the same way VW has tarnished the automotive industry.

I’m not writing this piece to name names, but rather to suggest we all need to be collectively responsible in representing the construction industry in the right way.

At Accsys, sustainability is at the core of our offering and so I am potentially guilty of being more attune to certain claims by construction industry brands that have less than green credentials. I’m not writing this piece to name names, but rather to suggest we all need to be collectively responsible in representing the construction industry in the right way.

No doubt some mis-selling is not completely cynical. Terms such as eco-friendly and sustainable are to some degree relative when compared to the other products in the same competitive set. What brands, after all, can truly say that they are 100 per cent sustainable?

It is also fair to say that the landscape and language relating to the world of sustainability are rapidly changing. What is certainly clear is that ambiguities over language and with government legislation not keeping up with the sustainability landscape. A ‘wild west’ scenario has been created, where brands and businesses can say what they like on the subject of sustainability with very little risk of repercussion. Now is the time to set a higher benchmark. Let’s make sure we avoid greenwashing at all costs and be an example to other industries here and around the world.

Justin Peckham is head of sales UK and Ireland with Accsys.