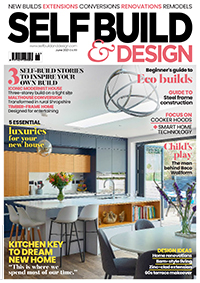 The government’s £150m Help to Build Scheme, designed to make self build more accessible through cheaper finance, has been welcomed by selfbuilders and small- and medium-sized housebuilders.

The fund, announced by Housing Secretary Robert Jenrick, is part of a larger Action Plan, described as a “self-build revolution” and “the single most important announcement for the sector in 10 years”. The government hopes its plans will help boost custom and self build to around 30,000-40,000 new homes a year.

The Custom and Self Build Action Plan includes:

• A Prime Minister-commissioned review of ways to scale up self- and custom-build homes.

• A review of the practical application of the Right to Build legislation.

• A Self and Custom Build Land Release Fund for local authorities to bring forward plots for development.

• Funding for the Right to Build Task Force so it can continue to work with local authorities to advise around delivery and policy.

The Help To Build scheme is aimed at creating a level playing field between those who want to build their own home and first-time new home buyers, who benefit from Help to Buy. The new scheme will provide an equity loan on the completed home, similar in principle to the Help to Buy initiative.

“Building your own home shouldn't be the preserve of a small number of people, but a mainstream, realistic and affordable option for people across the country,” said Housing Secretary Robert Jenrick.

National Custom and Self Build Association CEO Andrew Baddeley-Chappell said: “The action Plan represents the single most important announcement for the custom and self build sector since the establishment of NaCSBA over 10 years ago. For too long England has been out of line with the rest of the world with regards to the lack of consumer choice in our new homes market. The consequences of this have become all too clear, as has the need for change. This Action Plan will ensure an environment exists in England that delivers more and better homes.

“Our focus now is ensuring that the public sees this as a natural approach to getting a new home that meets their aspirations and needs. As a sector, we need to do more to build the business capacity and structures that underpin the choice that exists elsewhere. Finally, we need councils to do their bit to ensure the plots that are needed are permissioned, so that these homes can be built.”