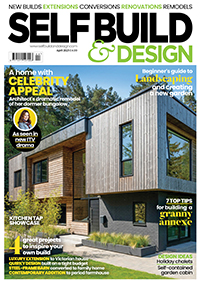 The public will be able to convert vacant plots and derelict buildings into new homes or community spaces under proposals announced by Housing Secretary Robert Jenrick.

The new Right to Regenerate will require councils and the public sector to sell unused land and assets unless there are compelling reasons not to.

Under the proposals, public bodies will need to have clear plans for land in the near future, even if only a temporary use before later development. If the land is kept for too long without being used, they will be required to sell it.

The government argues that this will provide an opportunity for the public and local communities to redevelop and transform eyesores, taking control of unused local land or buildings and transforming them into something they want in their area.

Unused publicly owned social housing and garages will also be open to redevelopment under the proposal.

The latest figures show there were more than 25,000 vacant council-owned homes and, according to recent FOI data, over 100,000 empty council-owned garages.

The Secretary of State will act as an arbiter “to ensure fairness and speedy outcomes in all cases,” Mr Jenrick said.

In practice the proposal could mean that someone with an unused plot at the back of their home owned by the council, could use the new Right to Regenerate. If the land was deemed to be underused with no plans to bring it into use, it would be sold and the person making the request would have first right of refusal to purchase – enabling them to extend their garden.

In 1980, Michael Heseltine introduced powers that form part of the current Right to Contest – giving the public the power to request the sale of underused land owned by public bodies in England. These powers were extended through the Community Right to Reclaim Land, in 2011.

However, since the 2014 creation of the Right to Contest, only 192 requests have been made and just one has been granted. Requests have usually been refused because the owner had future plans for the land, which meant some sites were left unused for years.

Consultation on the Right to Regenerate closes on 13  March.