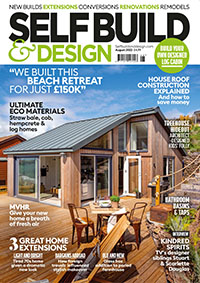 The average UK house price hit a record high in June for the fifth consecutive month. It now stands at £368,614, according to Rightmove. However the 0.3 per cent rise was the smallest monthly increase since January, showing signs of a cool down in the property market.

The slowdown can be attributed to a better balance between supply and demand, and usual seasonal price drops are due to further slow price growth in the coming months.

The House Price Index also showed signs of increased supply in the property market, providing encouragement for buyers as the number of homes coming onto the market increased by seven per cent compared to the same time last year.

Despite five consecutive interest rate rises and the increased cost of living, demand for properties remains strong with the rate more than double (+113%) the pre-pandemic five-year May average. This comes alongside the announcement that the Bank of England has withdrawn the affordability test. This is also expected to contribute further to skyrocketing prices as a result of increased demand.

Currently, it is taking 150 days on average to complete a purchase after agreeing a sale on a property – 50 days longer than in 2019. This has been caused by a conveyancing log-jam and supply chain issues, with more than 500,000 homes being sold subject to contract - 44 per cent higher than in 2019. Alongside this, just over half of properties are selling at or over their final advertised asking price and almost all (99 per cent) of properties are achieving their final advertised asking price according to Rightmove.