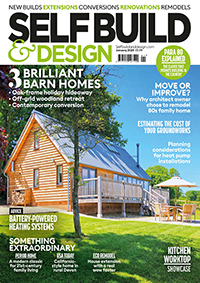 There was a slight fall in the average UK house price in September (-0.1%), the second marginal decrease over the past three months. The cost of a typical home is now £293,835 compared with the previous month’s record high (£293,992).

Figures released by the Halifax Building Society showed the pace of annual growth also slowed for the third month in a row, to 9.9 per cent from 11.4 per cent, returning to single-digits for the first time since January.

“The events of the last few weeks have led to greater economic uncertainty, however in reality house prices have been largely flat since June, up by around £250,” said Kim Kinnaird, Halifax mortgages director. This compares to a rise of more than £10,000 during the previous quarter, suggesting the housing market may have already entered a more sustained period of slower growth.

“Predicting what happens next means making sense of the many variables now at play, and the housing market has consistently defied expectations in recent times,” Kinnaird said. “While stamp duty cuts, the short supply of homes for sale and a strong labour market all support house prices, the prospect of interest rates continuing to rise sharply amid the cost of living squeeze, plus the impact in recent weeks of higher mortgage borrowing costs on affordability, are likely to exert more significant downward pressure on house prices in the months ahead.”

Since the start of the pandemic, average property values have risen by around 23 per cent (almost £55,000) with detached house prices up by more than £100,000.

However, four areas have seen annual house price inflation fall to single digit levels: Eastern England, Greater London, the North East and Scotland. Eleven out of 12 areas recorded slower growth than in August (the exception being the North East).

Wales remains at the top of the table for annual house price inflation with a rate of 14.8 per cent, down from 15.8 per cent in the previous month, and an average property cost of £224,490.

The West Midlands has now overtaken the South West with the strongest rate of annual growth in England, with house prices rising by 13.3 per cent over the last year, down slightly from 13.5 per cent in August. Prices rose by £30,000 over that period, with an average property now costing £255,822.

A Scottish home now costs an average of £204,305, largely unchanged from the previous month, while London still has the slowest rate of annual growth rate – 8.1 per cent over the last year – though with a typical home costing £553,849 the average property price remains by far the most expensive in the country.