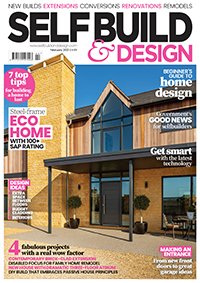 Why should I self build?

The idea of designing and building your own home can seem alien and rather frightening, but it makes perfect sense, which is why it is the preferred option for homeowners in many other countries.

Thanks to a relaxation in planning laws it’s getting easier, with some local authority initiatives actively encouraging self build. There is also more help and advice around than ever before, thanks to the growing number of specialist websites, books and magazines, and self build shows.

Build a house to suit your needs

You can design a house that best suits your own needs, rather than buying one built by a developer, whose primary purpose is to make a house appeal to the greatest number of people with profit very much a priority. This inevitably leads to compromises on choice and quality.

Can a self-built house be as good as a one from a developer?

It is likely to be better because you are not motivated by profit where speed and cost will be the main considerations. The construction work will still be undertaken by professionals, but you will be in charge of the spec, and of the procurement, so the quality will be down to you and your team of designers, builders and subcontractors.

Will I make a profit?

If the project is run well, there can be some considerable financial benefits on offer. Firstly, you will be cutting out a developer’s profit of 10 to 30 per cent on the average house build. Secondly, the labour and materials will be exempt from VAT, which means a further saving of 20 per cent. This is refunded at the end of the build.

In practice, a lot of this cash is often spent on a higher spec, resulting in a more comfortable and energy-efficient house, which will cost less to run than a developer-built house and therefore give savings in the long term.